Ladies and Gentlemen, start your engines!

A P/Y/R/R/H/I/C victory is defined by Wikipedia as:

(/ˈpɪrɪk/) is a victory with such a devastating cost to the victor that it carries the implication that another such victory will ultimately cause defeat.

An army of professional, neo-professional and outright ‘amateur’, including skin in the game patients and consumers, healthcare insiders, ‘pigs at the trough’ (of $2.8 trillion ‘healthcare market’) channel partners, and a vast stakeholder constituency with ‘interests’ in the outcome of the SCOTUS decision, are minimally scrambling to position themselves for what’s to come, if not attempt to influence the Court’s ultimate ruling. 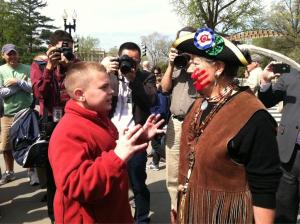 As noted in a previous post, 75% of Americans believe the SCOTUS process will be influenced by ‘politics’ vs. the ‘legal merits’ of the arguments submitted to the Court. Ergo, the battle has now entered a new phase to shape the national narrative and ultimately position the consumer friendly public perception of ‘the Act’, or as pejoratively tagged, ‘ObamaCare’ by those less inclined to read vs. deploy cute sound bytes for public consumption.

In an updated post, I will supply some credible contextual pieces to support the following claim:

The President has already won the narrative regardless of the Court’s ruling. We are where we are perceptually for political not legal reasons. Yet, the nature of the malady is apolitical, it is fundamental and structural.

Any attempt to rule in whole or in part the Act as ‘unconstitutional’ will face severe narrative “head winds” and political fallout as very popular line item provisions of ACA are repealed or otherwise diluted.