Unlike many in the conversation on social media including the likes of Twitter, Facebook, LinkedIn and blogs such as ACO Watch, I have been active in the health reform exchange of ideas since registering my twitter handle @2healthguru in August of 2008. My participation has been of the ‘sweat equity’ variety vs. those who are compensated for their content, curation or advocacy.

Many of us in the healthcare space (both clinical and administrative) are addicted to the industry and find it difficult if not impossible to exit whether physically or emotionally. Some commit out of a sense of mission, giving back or being of service, while others for the economic upside this vast ecosystem (which I have labeled the healthcare borg resisting any attempt to materially restrain its appetite) affords to exploit low hanging fruit from a fragmented, inefficient and unwieldy financing and delivery system. Many have personally enriched themselves via the frequent churn of asset ownership (hospitals, nursing homes, imaging centers, ambulatory surgery centers, etc.) or via niche solutions with little to no sustainable value followed by quick exits and generous investor returns.

This timing of my entry into social media was co-incident with the deliberative process that ultimately rendered unto the American public what was merged as the Affordable Care Act (ACA),

In the early days of twitter those of us active in the community spoke of the ‘addictive’ nature of twitter engagement, some even referred to this virtual community as ‘the matrix’. Bonds were formed, some of which remain intact to this day.

This morning Donald J, Trump aka the POTUS weighed in on the failed efforts of Senate GOP leadership to advance the Better Care Reconciliation Act of 2017 as amended by Senator Ted Cruz to the Senate floor. He said: 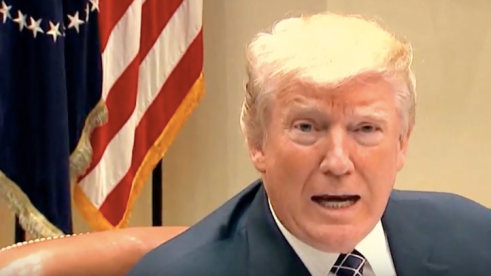 That this man continues to minimally misrepresent and worse intentionally lie to the American public is beyond the capacity for many to comprehend. From the American Academy of Actuaries to the Non-partisan Congressional Budget Office and multiple authorities in the underwriting to delivery space including risk bearing provider organizations and integrated delivery systems the narrative is quite to the contrary.

And where there is evidence of market instability or ‘failure‘ there is explanation including serial GOP initiatives to undermine the Affordable Care Act specifically with respect to ‘qualified health plans‘ (QHPs) listed on State run or Federally Facilitated Marketplaces (FFM) aka ‘Exchanges.’

The ‘death spiral‘ or ‘disaster‘ narrative is principally vested in the following argument:

On the face of this narrative, yes it makes sense. This market instability is unacceptable. No one can celebrate a law who’s principal intent is to expand coverage can applaud the absence of health plan participation at the state or county level.

But let’s peel back the curtain and look at the reasons for this ‘instability‘ claim. From day one of the Obama Administration, the GOP agenda was to make him a ‘one term President‘.

On the ACA given it’s passage was a straight line party vote with no support from GOP even though the health reform consideration process was an open and lengthy affair, Senator McConnell et al’s agenda was to remain the ‘party of no‘ and criticize the very model of health reform they had not long ago proffered as a public/private solution,  See: ‘GOP ACA Myths‘ where I’ve posted links to credible voices and JD Kleinke’s classic: ‘Why There Is No Obamacare Replacement — In One Picture‘.

The bottomline is any ‘fails’ or under performance of the ACA whether enrollment projections, premium sticker shock, exchange exits or regulatory burdens have been engineered by a relentless series of sabotage efforts from defunding risk corridors, to current (see: This Blame Game Driving Up Health Insurance Costs) threats to not fund the subsidies that make QHP listed plans ‘affordable‘. And let’s not forget the big SCOTUS decision on Medicaid expansion which gave Red State Governors the ‘option’ whether to expand coverage for their citizens.

So the ‘who knew healthcare was so complex’ remark offered by POTUS earlier this year was pure BS. I buy his ignorance of health policy and the complexity inherent in a cottage industry with a $3+ trillion spend, but what about those GOP ‘health wonks’ engaged in this process – from the ‘Senate Quackers’ (my term), i.e., Tom Coburn and John Barrasso – both politicians playing the doc card during ACA markup in 2009, or even worse one half of the GOP ‘young guns’ now Speaker Ryan who’s a budget [and by declaration health] wonk. What’s their excuse for this ‘surprisingly epic fail’?

This is a HUGE squander of the public trust!  And contrary to POTUS assertions, the GOP now has complete ownership of the chaos they’ve stoked from the beginning to this gross mis-management of the legislative process. It’s laughable that GOP are trying to pin this one on the Democratic party.

My god, wake up GOP. You ‘own’ healthcare. Fix the ACA.