Whenever someone buys a stock for the most part they make a decision that weighs available public (and sometimes ‘non public’) information and concludes that the company’s value exceeds (currently or shortly will) that which is expressed in the bid/offer price points the day the purchase is executed. Yet, there is always a seller who may more often than not hold the opposite opinion. After all why is he/she selling if the stock price undervalues the company’s enterprise fundamentals? 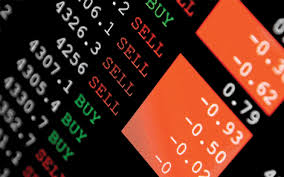 Absent the expressed manipulation of a third party intermediary (broker dealer, hedge fund, etc.) this buy vs. sell ‘call’ can reasonably and accurately reflect the aggregate market based ‘tug of war’ between the public perception and actual fundamentals of a company – at least as reflected in it’s stock price or ‘market cap’.

This same tug of war might equally apply to the battle for the ACO narrative at least as it relates to interpreting the reported ‘signals’ of movement inside the accountable care space.  However, instead of stock prices we’re looking at certain metrics including the number of players entering or conversely exiting the accountable care theatre as a proxy for the underlying health or efficacy of the Affordable Care Act – or at least that piece allocated to the provision in the Act specific to ‘accountable care’.

Of late the headlines have predictably served up a mixture of news for public consumption and therefore fodder for the talking heads to spin in the media and the ‘credible’ blogosphere writ large to explain to their audience.

If only healthcare where as simple as buy/sell equity transactions on public exchanges (lets not get into ‘dark pools’) mostly immune from ideological spin as to the broader significance of a move up or down in standing, valuation or growth vs. contraction. Unfortunately the health reform space is littered with agenda driven spin to drive an ideological outcome in one way or the other. And we know who the usual suspects are…

Context for the ACO pulse check narrative is perhaps best framed via a JAMA piece titled: The Pioneer Accountable Care Organization Model Improving Quality and Lowering Costs which is instructive on the significance of select Pioneer exits, while a deeper dive into the weeds of ‘Shared Savings in Accountable Care Organizations: How to Determine Fair Distributions‘ (abstract only) addresses a problem most ACOs would aspire to have, i.e., a formula to distribute actual savings generated.

Accountable care organizations (ACOs) are playing a major role in health care reform. In the last 2 years alone, Medicare ACOs have proliferated to cover more than 5 million Medicare beneficiaries in more than 360 organizations nationwide.1 In ACOs, individual clinicians (including physicians, physician assistants, and nurse practitioners, among others), group practices, and, in some cases, hospitals contract with payers to be jointly accountable for the health outcomes and expenditures of a defined patient population. By meeting specified quality measures while keeping expenditures below defined benchmarks, ACOs share in the monetary savings generated.

Over at Modern Healthcare, Melanie Evans notes in ‘Medicare’s Pioneer program down to 19 ACOs after three more exit‘:

Franciscan Alliance in Indianapolis, Genesys PHO in Flint, Mich., and Renaissance Health Network in Wayne, Pa., have exited the program, which is now in its third year.

Perhaps the biggest piece of news was wrapped into the announcement of the launch of Vivity Health, see: ‘Reform Update: Will Anthem’s Vivity gain traction among large employers?‘.

.@wellpoint’s ambitious ‘Vivity’ alliance [a response to @KPShare] will make @UPMCnews @Highmark merger look like a walk in the park! #ACA

Finally until job descriptions change reflecting better deployment of professionals working at the ‘top of their license’, as well as non clinical or administrative staff support re-engineered workflows, we’re probably not witnessing the movement of the needle towards the triple aim. In ‘ACOs, other delivery reforms shift job roles at hospitals’ we learn a little more about this continued labor pool tweaking.