I am passionate and write a fair amount about health reform, innovation in business models and the pursuit of a ‘sustainable healthcare ecosystem’ as I’ve been intimately involved in serial efforts to restrain the appetite of a change resistant industry that Shannon Brownlee aptly frames in Escape Fire the hard hitting documentary that recently aired on CNN, that:

…we’re in the grip of a very big industry and it doesn’t want to stop making money.

For more context on the nature of that ‘grip’ and it’s persistent hold see: Mayo v. McAllen – The Battle for the Soul of American Medicine?

Most of the readers of this blog don’t know me personally, so let me offer some historical perspective that may shed light on my standing in the conversation, and why you might want to heed or discount some of the warnings and arguments I have been making since it’s launch in 2010.

First up, I am a founding member of what was the disruptive innovator in the PPO space in California back in the mid to late 80s. We were a start-up joint venture (JV) between Los Angeles and Orange County flagship hospitals and their medical staffs.  As a condition for participation in the contracting network, member hospitals formed ‘PPGs’ (professional practice groups) which later morphed into IPAs as we expanded our book from discounted fee for services (FFS) contracting to at-risk contracting under the forerunner of Medicare Advantage, i.e., Medicare Choice, program and later Maxicare’s commercial IPA ‘Window Project’.

More on point though, we were organized as a payor agnostic ‘3rd generation PPO’ since we repriced claims to contracted amounts (both hospital and physician) and cut a contract sensitive ‘expected EOB’ for the payor to process (later we were extended check writing privileges for selet payors); AND we had ‘attorney-in-fact authority’ on behalf of member hospitals and PPG physicians to enter into contracts vs. shuttle them back and forth as was customary for prevailing ‘messenger model’ PPOs then and even to some degree now.

So posit the ‘payor neutral’ or ‘agnostic’ frame of reference coupled with a claims repricing engine and attorney-in-fact standing as an optimally positioned contracting entity or management services organization (MSO) in the managed care value chain.

Second, during the run up where the major commercial insurers and payors (i.e., Aetna, Blue Cross, Blue Shield, the Equitable, Prudential, et al), and then market leading hospital management companies (i.e., Hospital Corporation of America/HCA, National Medical Enterprises/NME, and American Medical International/AMI – the latter two merged to form Tenet) strategized their entry into the managed care space by creating their own or JV’d ‘insurance vehicles’ I actively counseled (initially via back channels and later direct) principals at AMI to not invest in AMICARE, but to position a payor neutral contracting vehicle, much like the one referenced above, to contract with any and all payors that made portfolio sense in their respective markets, given net revenue and physician alignment goals. The guidance was shunned, and approximately 36 months later, AMI discontinued AMICARE taking a charge in the neighborhood of $350 million.

Incidentally the collective proprietary entry of hospital systems into the ‘business of health insurance’ met with a similar unwinding at various points in time including the respective charges to balance sheets and income statements. In addition there followed an extended period wherein a residual culture war between those with integrated delivery system DNA, and the traditional dye in the wool ACHE types, played out for the hearts and minds of the prevailing paradigm of hospital leadership and forward vision.

Then in the mid 90s I was retained by a major hospital system, an HCA spinoff dubbed ‘HealthTrust’ to propose and implement a managed care strategy for 12 hospitals in its Houston Region. Shortly after my arrival in the Lonestar state, my best strategic counsel was to leverage the creation of a super MSO that contracted on behalf of the region’s hospitals, and their associated physicians once again tethering to the principal of a payor agnostic solution, partnered with independent physicians via IPAs, participating medical groups or direct. Unfortunately, the then prevailing ‘corporate wisdom’ and business model was to create the capacity for staff model like HMO delivery capabilities via the outright acquisition of certain primary care physician practices. In Texas that vehicle is known as a ‘501.a’ entity where the hospital (or other non physician sponsor) can be the sole member and acquire the assets of a physician’s practice and in turn employ him or her even though Texas is a corporate practice of medicine state.

Over time, that commitment unwound much like the previous iterations noted above as the model was untenable and did not produce the revenues, physician loyalty nor productivity assumed in the buyouts, let alone contracting objectives the hospital system had for it’s local market and associated physicians.

Finally, and the last seasoning experience since this sheds fair amount of insight into present day ACO challenges. Two major hospital systems merged in the Dallas Fort Worth market during the mid to late 90s. At it’s core, it was a strategic merger of two fundamentally oppositional cultures.

Party A, though a hospital system none-the-less made a commitment to the health insurance [or perhaps more accurately characterized integrated delivery system paradigm] fielded the largest provider sponsored HMO, including some innovative spinoffs up to and including a parallel ‘payor agnostic’ contracting platform that dealt with other payors, in addition to operating flagship hospitals in their north Texas service areas.

Party B was a more traditional hospital system with the usual inpatient, outpatient and niche services folded into an institutional assets portfolio with geographic distribution that engaged in managed care via downstream relationships with health plans across successive iterations of PHO configurations. Risk contracting was part of the mix, but the hospital system was not a top line sponsor of an HMO nor other insurance product strategy deferring to downstream participation.

Post merger of the two hospital systems Party B’s physician partner in the PHO asserted ‘a change in ownership’ and demanded the provisioned ‘mandatory redemption’ ie., share buyout option to effectively eliminate the ‘H’ from the P/H/O. In other words, the PHO would become a PO (physician organization).

As a senior player in the conversation, I advised the leadership of Party B to not take the ‘divorce’ personally, but stand down and focus on ways to play into a value added partner relationship to the PO, primarily via contractual arrangements and a coordinated contracting game-plan. This was not to be the chosen strategy and there developed a considerable tension and back tracking on established goodwill between the hospital system parent and it’s engaged physician leadership.

As it turned out, there were much bigger issues on the table, and while forging new relationships between Party B’s PO and hospital leadership was a priority, what took center stage was what would be the ‘successor culture’ amidst an insurance vs. traditional hospital operations mindset in the newly minted merged organization? In the former scenario (Party A’s culture), hospitals are cost centers, not the traditional nor familiar ground of operating them as revenue centers. Bottom line, the hospital culture prevailed, and shortly witnessed a sequential ‘return to core business operations’ where non core assets were shopped to strategic suitors, i.e., the HMO was sold to a publically traded entity looking for a commercial market share gains in the North Texas communities. 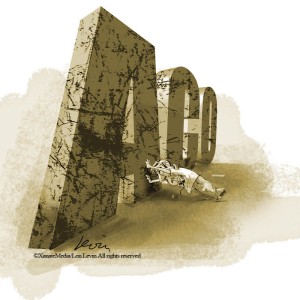 So believe it or not, we’ve been here before. There is institutional memory to tap, and leverage from direct if not indirect lessons forged from a combination of serial strategic misfires as well as purposeful vertical integration plays. The hospital scenario mentioned above is timely as it plays out against the downside of provider consolidation disproportionately favoring pricing discrimination against patients or their health plan proxies to restrain price hikes associated with undue asset concentrations. Hospital operators have quite rationally simplified their operating strategies, perfecting the unit production driven revenue formula, and have managed to their benefit in the North Texas market as well as elsewhere as a by product of risk push-back and a return to their core strengths, i.e., maximizing the unit performance of their hospital operations. A modest tweak in the formula is re-admission risk, shared savings targets, and meeting quality metrics.

Can independent ACOs reverse if not control for the downsides of hospital asset concentrations? Perhaps, but only with proper vision, management, infrastructure and capital to weather the unavoidable transitional storm. It is not a level playing field, nor are the financial incentives harmonized with the end game. Until hospitals are seen as cost centers in a reconfigured population health or community based context, they will remain responsive to volume driven (vs. value oriented) sick-care assets in the health and wellness continuum. The hope is ACOs properly equipped the the authority, standing and scale may able to align healthcare assets into the sustainable healthcare ecosystem that works for all of us – a rather ambitious undertaking by any measure.

The jury is out, the chatter is intense and no resolution in sight anytime soon. Stay tuned!