It’s Monday in DC and the Capitol is distinctly vibrant albeit with a peculiar though eclectic mix of create vs.  deconstruct energies. 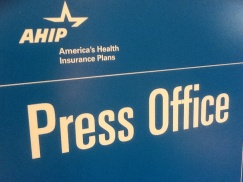 Some might say this attitudinal ‘chemical cocktail’ is in part sourced from a mix of ‘doers’, but also a smidge if not even a heaping portion of the just say ‘hell no’ [to Obamacare] crowd. For reference see: the latest effort by the House to derail health reform via a defund the act showdown with the Democratic controlled Senate and the President himself.

Yet amidst this continuing dance of oppositional strategizing we’re at the Renaissance Hotel DC for a series of one might characterize as ACA ‘implementation conferences’. These are principally the health plan doers who are under a mandate to reinvent themselves, and craft a sustainable market role for their members. The AHIP cohort is perhaps most visible via Aetna, Humana, United HealthGroup as well as others, who are intent upon making the best of this complex piece of legislation known as ‘the Affordable Care Act’. This gathering of players has huddled to support each others efforts and identify and share best practices to model as the industry collectively pursues the triple aim or alternatively cast as the coveted sustainable healthcare ecosystem.

One can assume the overwhelming mission of those attending the AHIP Conference trilogy are here to learn about if not advocate for the three pillars associated with the ACA: the tweaking of Medicare from volume to value via ACOs and other innovations, the significant expansion of Medicaid and the rapid expected growth in  ‘Dual Eligible’ population.

The hashtag for the conference is #AHIPMCMCConf.