This Tweet is timely mindfulness and context for the wounded politico’s and their aligned think tanks who while not 100% satisfied with the PPACA, none-the-less stitched together a tenuous ‘coalition of the willing’ (i.e., AHIP, AMA, a litany of medical societies, and other allied health professional associations) to advance an arguably ‘less than perfect’ law to move the football and make progress in taming the ‘rapacious appetite’ of the healthcare beast aka ‘borg’.

Since Berwick announced his slightly earlier than expected retirement last week, and the Camp Goodman think tanks of the world, aka the NCPA, ‘celebrate’ the pyrrhic victory of the ‘Hatch/Enzi Gang of 42‘ engineered opposition, (p.s. you may know John Goodman who Uwe Reinhardt once addressed via his ‘Ground Control to John‘ blog post) and who’s claim to fame during the health reform debate was ‘there are no uninsured in America, afterall we all have access to the ER‘ (paraphrased).

Add to the tapestry that HR 676, the single payer option, never saw the light of day in the conservative halls of the US Senate. It extended a ‘Medicare E’ (for everyone) option modeled after the public/private partnership Federal Employees Health Benefits Plan (FEHBP) yet was tossed onto the trash heap of not politically viable options, so we got PPACA, the ‘Act’.

A central part of the Act was the definition and subsequent standard setting for what constitutes an ACO, how they organize, who plays, who pays, when, where, how, and why, etc.. As is often the case in pluralistic America, the lite (compromise) version of an otherwise proven health policy solution or business model is adopted often to no one’s satisfaction. When the intended results don’t materialize, the finger pointing and mud slinging begins – which is where we find ourselves at the moment. Add to that, the chorus of Attorney’s Generals opposition to the individual mandate, a very Republican idea forged via the Heritage Foundation, and you guarantee the continued dysfunctional processing of America finding it’s way into a sustainable healthcare delivery and financing paradigm.

Yet, in this state of compromised mediocrity, we do have reasons for innovation hope via the ACO challenge to the Medicare Shared Savings Program, but also in the minutia of the Centers for Medicare and Medicaid Innovation authorities. While most of the ACO conversation has focused on the final rule, application and certification process, many market driven efforts are emerging where health plans, hospitals, health systems and physician networks or medical groups are creatively collaborating to deliver ‘accountable care’ mostly unfettered by the language in the Act or series of rules which have followed.

So do health plans have a role in the transformation? Or is it inevitable that relentless internecine industry fighting will preclude building consensus towards a system that works, and leverages the inherent strengths of the parties in interest? 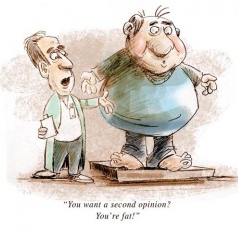 The evidence is quite clear, health plans and their associated ‘channel partners’ (from managing general agents to niche product underwriters) who add little if anything to the high value care process are at risk as they provide the least realized value in the healthcare exchange relationship. They must step up or face extinction, but up to what? My suggestion is for health plans to focus on their core strengths by adopting a ‘utility company’ role and work with local managed delivery partnerships. While they may not be a suitable ‘general partner’  to lead the effort, they certainly are an eligible ‘skin in the game’ limited. Why not bring their strengths and skill sets in marketing, underwriting, membership, population and disease management, including clinical pathways and best practices to the table? Lets explore better ways to collaborate vs. compete for the spoils of the ‘churn game’. Extend your horizon above quarterly conference calls to analysts, obsessed with indicia of profit/loss underwriting cycles, to a longer term community benefit frame of reference. Trust your provider partners to stay with you at the alter. Then brand via locally flavored provider partnerships, vs. your corporate nameplate and it’s potential baggage? Start walking the talk, and be the change lest you continue the intractable march into irrelevance. There is much to do!