For some ‘IPA‘ is about conversation and spirit enabled conviviality often in micro-breweries scanning the daily options for consumption. While for others IPA conjures up images and memories of labored if not painful efforts to steward the phased transformation of the American healthcare [non]system from a production oriented fee-for-services silo culture to one that is patient centric, team based and ‘what’s best for the patient’ value driven.

We were first introduced to the ‘I/P/A’ (independent practice association) acronym in the mid 70s when the HMO Act greased the skids to reach out to mainstream medical staff communities vs. remain domiciled in it’s limited albeit more centrally managed ‘staff model’ (employed physicians) iteration.

Several decades later, the track record of the IPA to assume, embrace, administer, and ultimately thrive under a prepaid, capitated or otherwise value based compensation system has been a dismal failure. The idea the IPA would seed group practice culture while constituting an increasing share of the individual physician’s practice would ultimately result in ‘urge to merge’ integration of individual practices into a ‘medical group without walls’ if not a fully integrated bricks and sticks merger. Clearly some instances of both have materialized, and there are some IPAs today that remain active and vibrant in the resurrected ACO conversation (Monarch Healthcare and Advocate Health Partners are two such examples).

Yet the cold facts are these, healthcare costs remain out of control and out of reach of many (50+ million uninsured, and 75+ [and growing]  million ‘under-insured), while there is no more ‘there, there to health insurance’ (witness the prevalence of cost shifting, benefit reductions and growth of so called ‘consumer directed [high deductible] health plans’, as the fundamental drivers of medical and healthcare cost inflation remain largely immune to industry efforts to reign them in. 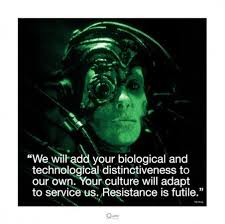 So might it be the right time to entertain a new IPA? Where the I/P/A stands for ‘independent patient association’?

Between the power of the crowd to leverage ‘most favored nations pricing’ via massive, ‘club based’ group purchasing, and the potential to empower informed patient choices via the emergence of increasingly friendly, smart phone or tablet enabled devices, might we be on final approach to a truly patient engagement inspired revolution as envisioned in Eric Topol’s ‘Creative Destruction of Medicine‘ to select indicia of Patient Engagement reflected in the Affordable Care Act?

So is this a tech enabled ‘power to the people’ moment which taps into, harnesses and drives the granular re-engineering of our house of cards sickcare [non]system from paternalism to patient centricity? Or might this ‘convergence’ qualify as an @Adbusters scenario of:

When the moment is ripe, all it takes is a spark

Can an army of device or otherwise web enabled empowered patients and/or consumers supported by an association that contractually negotiates the lowest possible price points (hospital, physician and ancillary) via large scale, wholesale group purchasing of ‘most favored nations‘ rates be that spark?

Or otherwise put, can this quantum ‘super-positioning’  be the elusive elixir that finally levels the playing field of an otherwise insatiable fee-for-services supply driven demand economy coupled with opaque pricing that disproportionately favors its hierarchical [‘resistance is futile’] inertia?

Might this be the moment for a ‘new IPA?’