The synopsis tweeted is pasted below:

The trade group arguably representing a majority of forward thinking and innovation oriented, in terms of the active exploration of what and how accountable care business models can be articulated, the AMGA held their annual conference in San Diego from March 7th, – 10th, 2012. 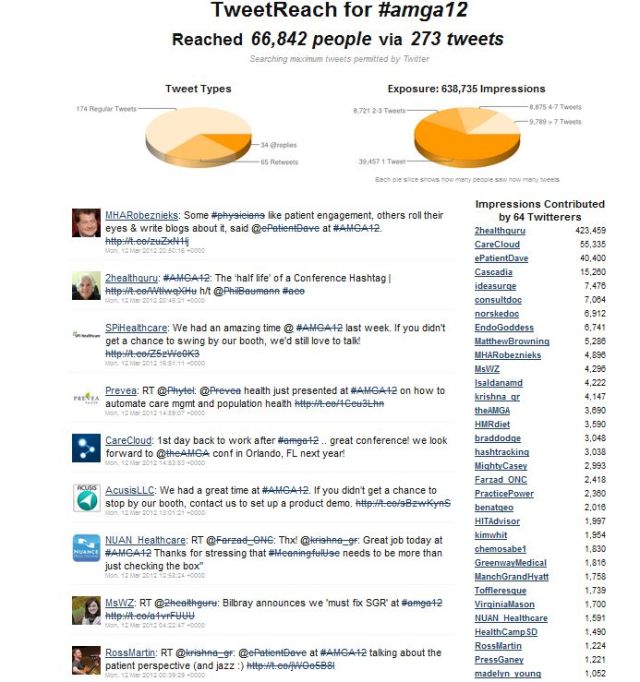 Courtesy of @ePatientDave who was tagged to deliver the closing keynote on Saturday, I had the good fortune to both ‘crash’ the preso, as well as monitor, tweet and re-tweet the action [there are many excellent preso’s which I will bring forward via future posts]. Editors Note: Compared to most other healthcare conferences I attend, the twitter volume was rather thin – much to my surprise, considering the relationship between technology, healthIT and social media.

None-the-less, a ‘digital footprint’ as we say emerged from the event via both the ‘happy fingers’ in the room as well as tweeps out of the room who collectively engaged in the AMGA’s conference proceedings.